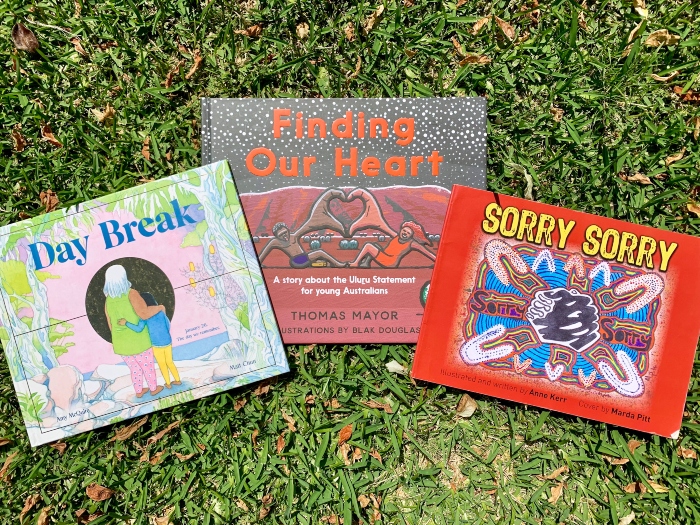 The 3 best books to help you teach about Australia Day

Australia Day is on the horizon so I thought I’d share with you my favourite picture books for teaching primary-aged children about what happened on 26 January 1788, why it matters and what and why we remember on Australia Day.

In NSW, the new school term starts this year on 28 January and with the COVID situation still very volatile, it may be that many teachers don’t have the opportunity to talk with their students about Australia Day.

But if you are able to spend some time talking about Australia Day, here are some thoughts about how you might like to use these books.

Australia Day falls on 26 January every year. It’s the day when we remember the arrival of the First Fleet – the 11 ships which brought the first European settlers to this land, arriving in Sydney Cove on 26 January 1788 under the command of Captain Arthur Phillip.

Until fairly recently, Australia Day was the day when we celebrated the ‘founding’ of Australia – the establishment of the English colony. It was marked by most people with barbeques and picnics and very few gave a though to the feelings of the indigenous people whose ancestors lived here for 60,000 years before that day in 1788.

Thankfully, our understanding of Australia Day and how we celebrate it has changed a great deal over the years. When I was a child. In the 1970s, the mainstream view was that nothing very important existed here when the First Fleet arrived on the shores of the land they’d deemed terra nullis, literally ‘nobody’s land’.

Of course it was not nobody’s land – not in 1770 when Captain Cook ‘discovered’ it and not in 1788 when the First Fleet arrived. We now know that the ancestors of Aboriginal people lived on this land for at least 60,000 years. In fact, archeologists believe that Aboriginal Australians are the descendants of the first people to leave Africa 60,000-75,000 years ago, making them the oldest continuous culture on our planet.

It’s not surprising then that Aboriginal people today view the arrival of the First Fleet as an invasion. They regard 26 January as a day of mourning and see the celebrations non-indigenous people traditionally hold on 26 January as culturally insensitive.

So how do we begin to discuss all this in the classroom?

Like many primary school teachers, I’ve found that picture books are a great way of opening up conversations with children about just about any subject. They’re particularly great for broaching tricky topics and concepts that may seem way too hard to talk with young children.

But there are an increasing number of very good picture books out there which cover indigenous perspectives and it can be hard – and time-consuming – to work out which ones are the best.

The three books I think are the best ones to use around Australia Day are:

I’ve used all three of these books with K – Year 6 with great success. Many 3-4-year-olds will also enjoy them so do give them a try if you teach younger children or if you’re looking for books to share with your own kiddos.

How to use these Australia Day books in the classroom

You can read any one of these books as a conversation starter when teaching about Australia Day. All of them mention the arrival of the English colonists and all lend themselves to teaching children about what we remember on 26 January.

If you can get hold of all three books, my suggestion is that you read them in the order in which I’ve reviewed them.

Sorry Sorry tells the story of the First Fleet from the point of view of the First Peoples. It shows the way the English colonists mistreated the First Peoples, our eventual realisation of how badly our ancestors betrayed them and how we collectively – after a very long time – said ‘sorry’.

Having read about and discussed in Sorry Sorry how the English colonists effectively stole their land, Day Break shows a contemporary Aboriginal family remembering on 26 January. The book presents a way of thinking about and celebrating Australia Day that most Australian children won’t have come across before, thereby extending the conversation and children’s understanding of Australia Day.

Having learnt about the origins of Australia Day and how some Aboriginal families mark the day, Finding Our Heart invites children to consider where we – all of us – go from here. The book is an appeal to children about listening to First Nations voices and to our own hearts so we can move forward together.

Read together and in this sequence, I think these three books really help to get children thinking about Australia Day and its meaning and plant the seeds for a deeper understanding as they grow up.

Click on the links to see my suggestions for how to use these books in the classroom. If you do use any of the lesson ideas you find here, I’d love to hear your thought about them. You can leave a comment below, use the contact form here or get in touch over on Instagram @teachingwithpicturebooks 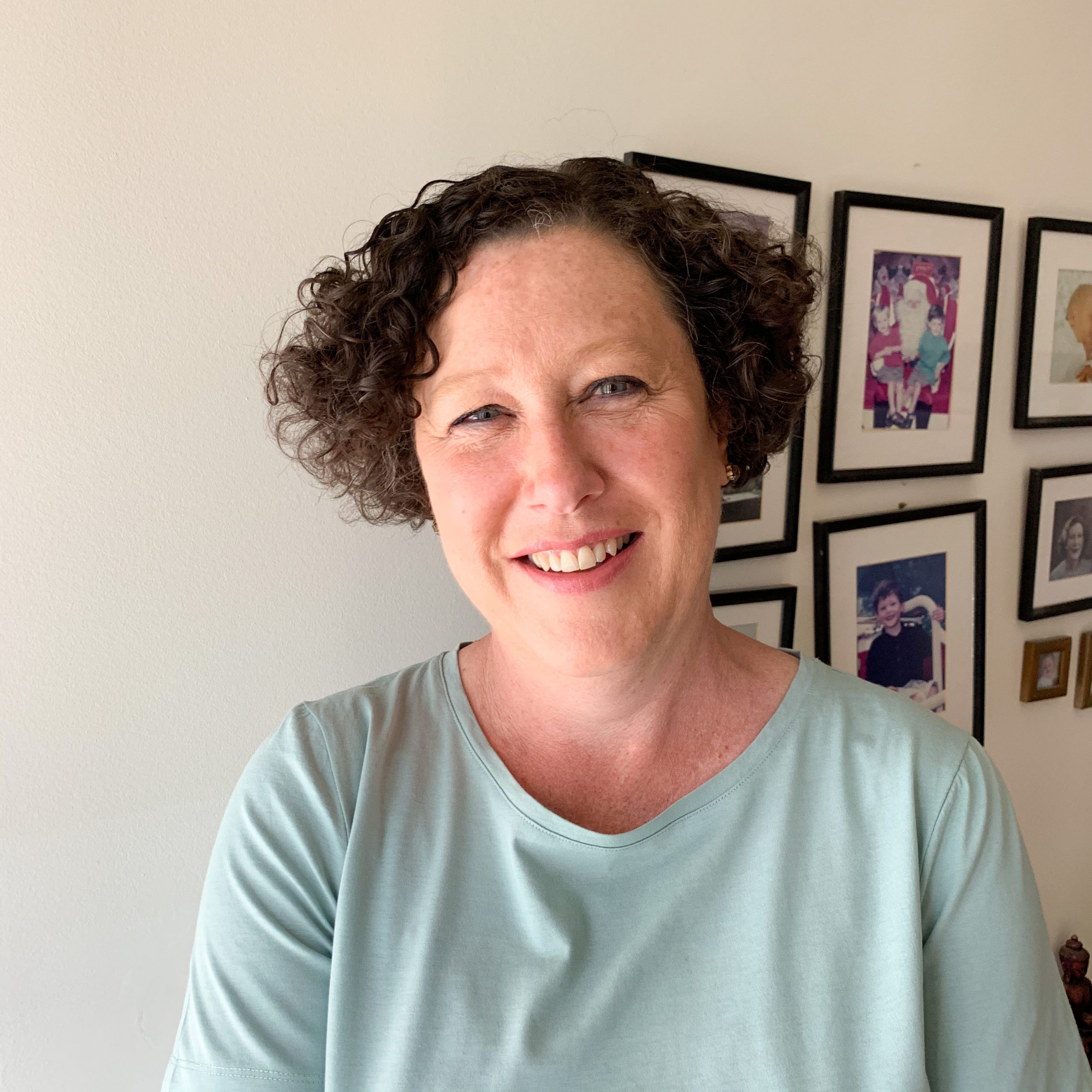 I’m Felicity, a primary school teacher in Sydney, mum to three young adults and a lover of picture books.

I blog about teaching and about quality picture books which can be used to teach a variety of concepts and content across all Key Learning Areas in K-Year 6 classrooms.

On my website, you’ll find lesson ideas and free printables plus resource packs you can buy to go with each picture book.

Welcome. It’s nice to meet you. 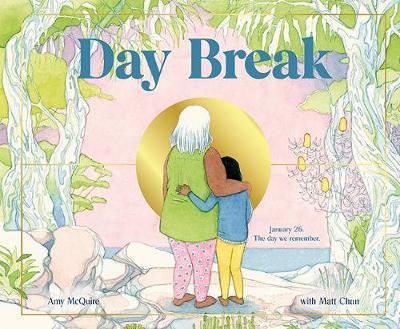 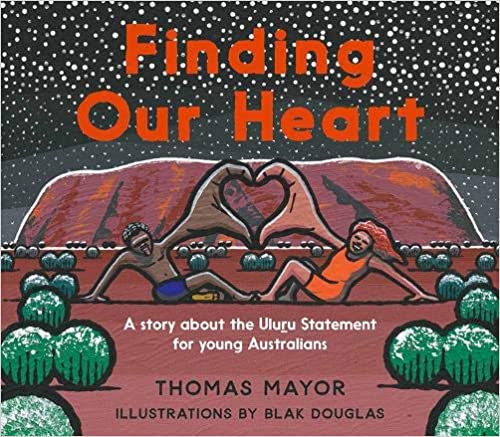